You are an owl. With an airship. Powered by ferret slave labor. Low on fuel, you must raid a small island for fresh workers before your ship loses all power and falls from the sky. Ferrets are quick and paranoid, though, so you must use stealth and traps to capture them. Ferrets will run if they spot you, and if you scare the same ferret too many times in a row they may not come out of hiding again. There are three different traps to be found on the island:

Hold TAB to open your map. It shows your current position, the possible exits from the current location, and a count of how many ferrets can be captured in each area. If the count is red, you have scared some ferrets away permanently and will need to start a new game to attempt to capture them. If it is green, then you have captured all the remaining ferrets in that area.

Beware of the ferrets' advanced laser goat defences! They will show no mercy. 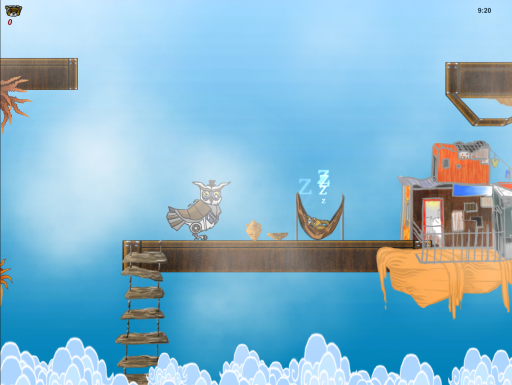 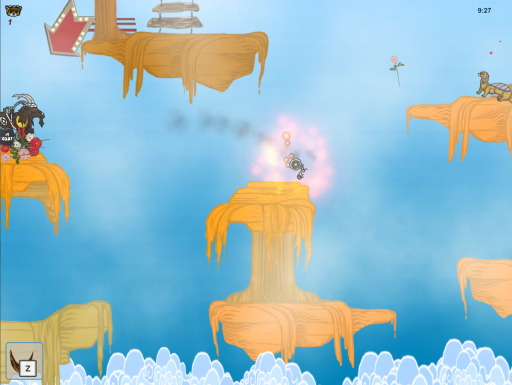 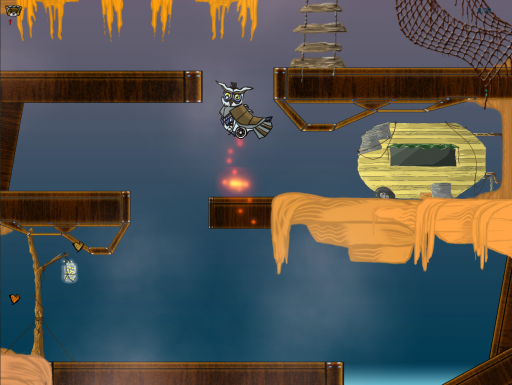 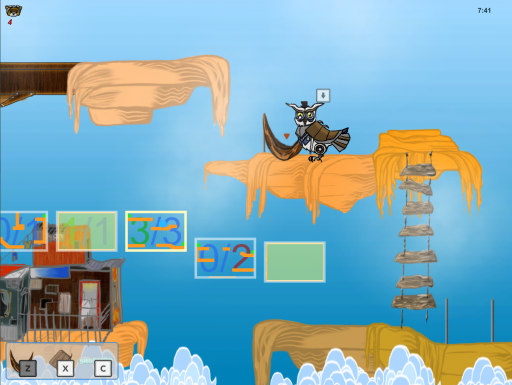